Today I am going to be talking about Nike Shoes. What we had to do is to pick a question as you can tell my question is Who Invented Nike Shoes. Then we had to ask 2 students, 2 adults, watch a video about the topic, read an article, blog or website and ask 3 more questions after you learned a little more about your topic. Here, is what I found out:

Their was 1 person who woke up in the morning after sleeping and he blurted out the word Nike so, the company’s shoes were named after that. It officially became Nike on May 30, 1978. The company of the shoes, already tested out the shoes but needed a name. The Nike shoes are very comfortable. Nike is based in Organ. It all started with a track meet. Nike is a popular shoes. They are colorful. The modo for the Nike shoes is Just Do It! Nike shoes are really good for sports. They are made in the 3rd world country. They are light weight. Nike produces around 50,000 product styles a year and sells in 160 country’s. The company has 28,000 employees! The name Nike comes from the Greek gods of victory. The 1st founder is Bill Bowerman and the 2nd founder is Phil Knight. Carolyn Davidson is the designer of the swoosh (logo). The swoosh is the official logo.

The person who invented Nike shoes was Bill Bowerman and Phil Knight. I found my answer to my question!

3 more questions about my topic are…When did Phil Knight and Bill Bowerman meet? Why did you name the modo, Just Do It? Why did Carolyn Davidson named the logo: The Swoosh?

Here, is a picture of what Nike shoes look like: 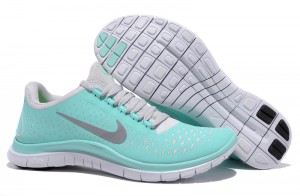